The second day was an early start to the day and driving to downtown before the tourists invaded. I also wanted to talk to the Native American artists that sat outside by the Palace to sell their goods to locals and tourists alike. This was a great opportunity to learn how the system worked and how it provided artists the chance to make money directly and control their art.

I ended up buying a small pottery egg from a woman that had a turtle and fish on it, representing life and sustainability. The price was great and it felt awesome to support local and small artists. As an artist and from a family of artists, this direct connection meant a lot.

I talked to others about their goods and how they made things. There were silver workers, pottery masters, jewelry makers, weavers and everything in between. If you want to REALLY shop native goods, then this is the place and the best way to do it.

I then hit a few more shops looking for a thank you to the neighbors for loving on our cat while we were gone and I found a small place that sold local arts such as tin work and jewelry made from dried corn. All of these made great little souvenirs and it was enjoyable to be shopping so early and away from the crowds and chaos.

Before it was too hot I also walked the few blocks around the center of town, photographing and enjoying the soul of the city. One that dripped with art and culture and history. The entirety of it brought me a sense of peace and joy that I miss living in a newer city. The sensation reminded me of the same sensation I receive when I’m in Europe. Traversing ancient pathways and soaking up centuries of movement. 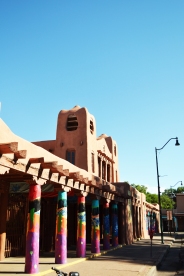 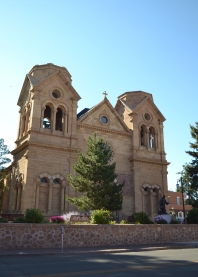 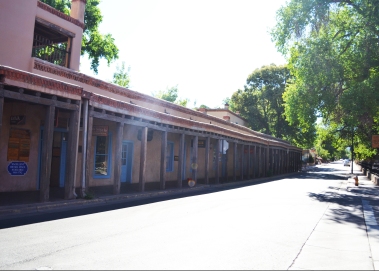 Late that morning some other relatives arrived for the celebrations, so the afternoon was spent eating, talking and doing some more sightseeing.

We spent a significant part of the afternoon looking at the old and famous churches of Santa Fe, including the Loretto Chapel, known for its staircase. Gothic in style the church has a classic charm to it. 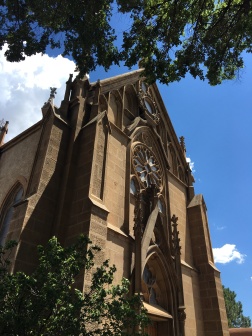 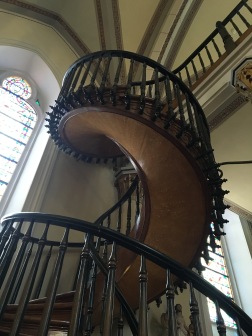 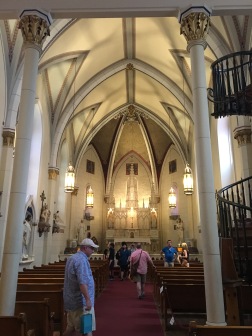 Then we visited the OLDEST church in the United States, San Miguel Chapel. Which not only has the claim to being the oldest, but also is home to a 14th century bell from Spain, and some beautiful old art from the colonial time period. 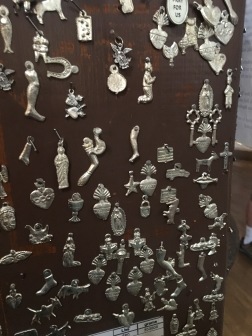 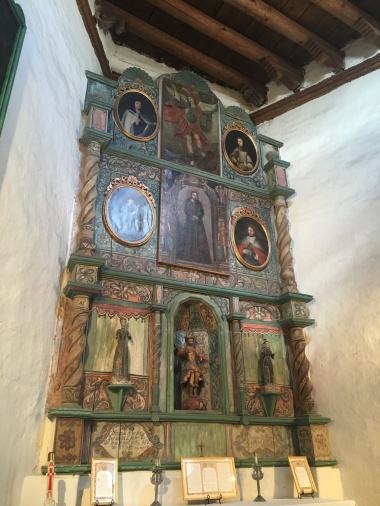 We finished the day at the OLDEST home in Santa Fe, which was perfectly sized for someone short like myself and was a darling walk in the lifestyle of early Europeans that settled in the area. 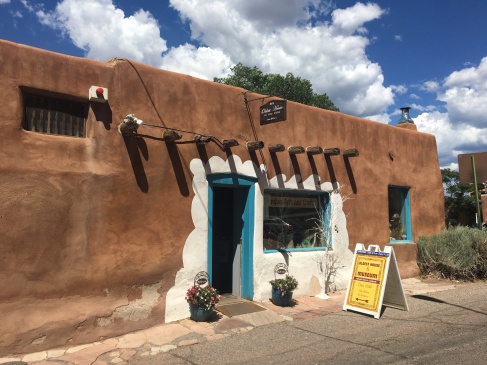 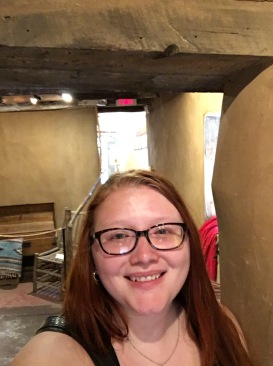 At only 5’2″ the doorway was barely above my head!

Finally, we returned my aunt to the hotel and Ryan and I were able to have a date in Santa Fe. Which, naturally,deserved being full of tacos (American-Mexican) and margaritas. We ate the most amazing fish tacos I have ever had at Bumble Bee’s Baja Grill (that also had an awesome Gluten-Free menu. Then we finished with a quick visit the art museum and a walk around the old part of town. 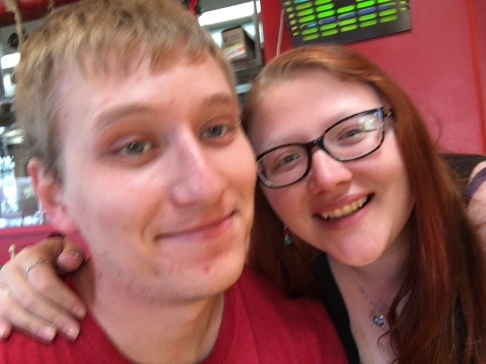 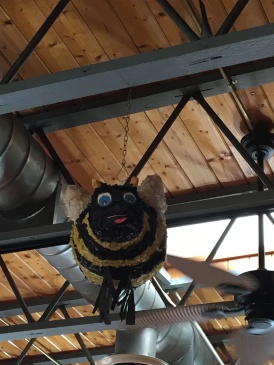