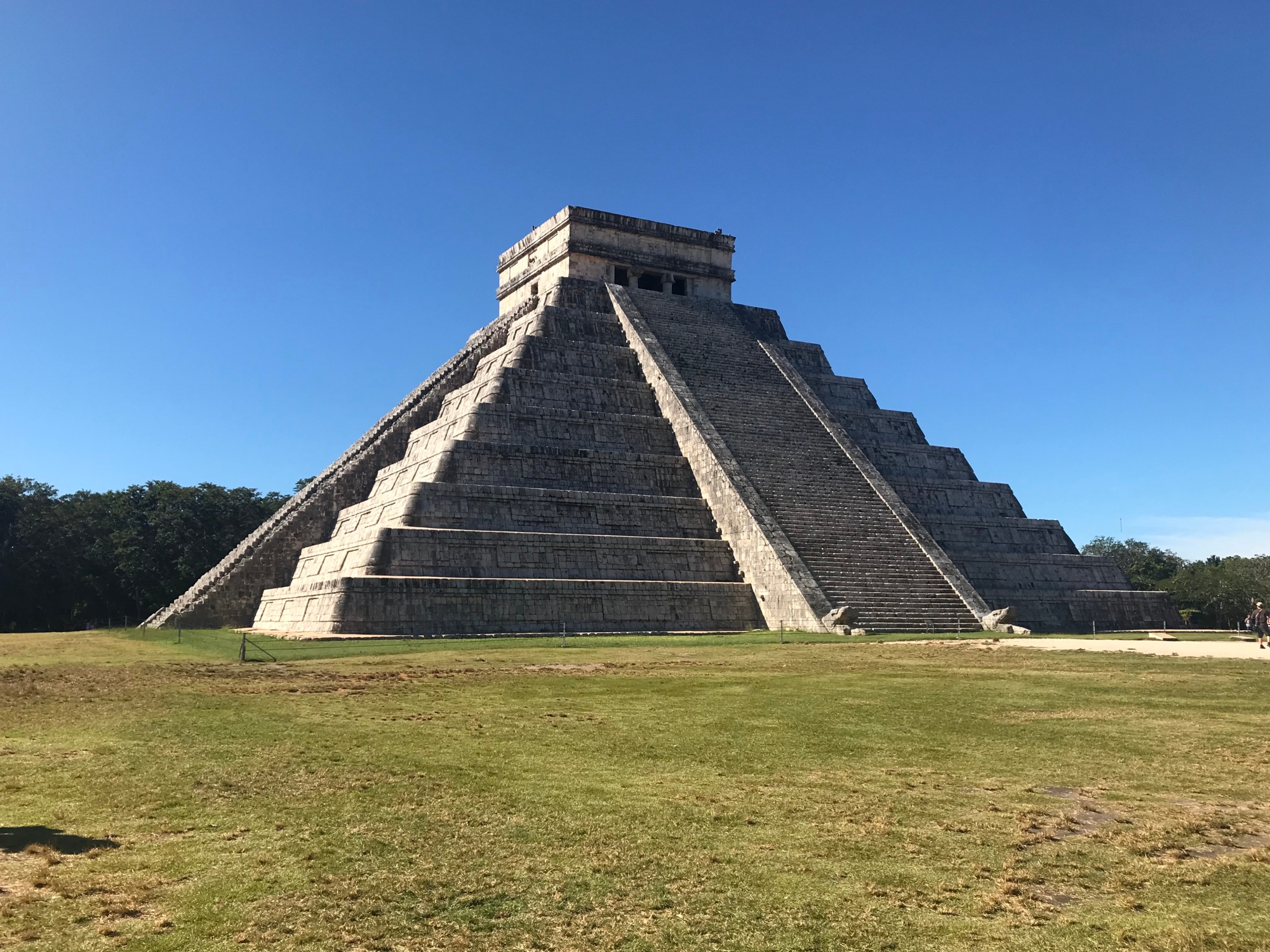 If you read my last post you know that I went to Chichen Itza recently, as a part of my journey through the Seven Wonders of the World. I am sitting at 2 out of seven and feeling pretty good about getting tot he other five eventually.

However, I want to expand on my journey through Chichen Itza as it was a really remarkable day and I highly recommend spending the time to visit if you find yourself in the Yucatan or Mayan Peninsula.

I never truly understood why Chichen Itza was considered a wonder of the world until we visited it, and we made the right decision in getting up stupidly early and going with an archeologist as a tour guide.

This helped with several parts of our day. First, we beat the heat by getting there early. Second, we beat the general public crowds. Third, we missed some of the harassment from vendors that set up all over the city grounds. Finally, and most importantly, it gave us historical and cultural backgrounds we would have not otherwise learned.

If you have an interest in this tour, click here, it’s through Viator and well worth the price.

We started the day with a somewhat late pickup from our resort, this was the only real issue on the tour, which I am unsure of what happened with it, but it was a minor hiccup that was fixed with a quick phone call.

One downside for my husband was that the van from Playa del Carmen was pretty small for his 6’4″ body, but we survived. However, do note that this will be up to three hours in the van/bus each way. Also, you may bring a hoodie just for the cool weather and/or air conditioning on the bus. This is also a great time to nap! Don’t worry about needing a restroom of food/water, there will be about two stops going and coming back for any needs you may have.

At the complex we met up with our guide/archeologist, Marco, who took us on what felt like a SHORT two hour tour of the main part of the city.

As you walk into the city complex you are met with the grand pyramid, or Castillo Temple that is so iconic. This is where we learned about the sounds that bounce through the temple creating a whistling like a bird, which changes in pitch and volume from where you stand and listen or clap. To the east of this is a remarkable temple that makes a rattle snake noise (tail rattling) when you clap at a certain angle.

All of this is meant to represent and celebrate Kukulkan, the feathered serpent man-god that meant so much to the Maya culture. They also, at this time in the culture, practiced human sacrifice to appease the god(s) through blood offerings where hearts were ripped form chests while still beating, and  backs were broken before being drowned. (This really isn’t so different from gladiator games, public hangings, warfare etc.)

From there we toured buildings set up for the king of this specific city-state and the intricate measures that were taken for the rulers and nobility. For instance, a king was never allowed to touch the ground, so there are no steps from his throne room at the ball field and other areas that reach the ground. Instead, the noble was transported on a Litter.

In addition to being blown away by just the scale of the buildings more auditory wonders came into play. For instance, at the ball field, for the Mesoamerican Ballgame, they had an auditory system set up where the King could hear conversation from the opposite side of the field.

Maybe you remember it from this movie:

Traditionally, visitors from other tribes and cultures would be placed here, so that the king could listen for any treasonous information or gossip and it’s likely that the visitors had no idea they were being spied on.

Finally, our tour was wrapped up with some free time, around an hour, where we were able to see other buildings that made up the city. We also had to note we were only seeing about 30% of the entire city as much more was closed off for restoration and research. However, it was exciting to explore the city and imagine what it would have looked like with thousands of people milling around. People that were praying, working, selling, cooking, talking and living their lives as people around the world do.

In the other areas of the city we saw what is believed to be an astronomy tower, additional pyramids, and royal complexes that housed people and worked in tandem with their beliefs and rituals.

We learned other snippets as well, like that the Castillo or main pyramid has several pyramids built inside of it and that the Maya would build new things, and burn the old every 52 years or so as a rebirth cycle with their calendar. Additionally, the majority of the city would have been painted in lush, vibrant colors, specifically red made from paprika or cochineal.

While many people jump on the bandwagon that the Maya were supernatural or even in touch with a greater power, I have to encourage additional research and thought. It’s easy to come up and write off ideas as beyond this world, it’s harder to do the research and actually learn where, what, when and how things came together. Pretending that an alien or outside entity must have created these marvels writes off people that fall into a minority as somehow unable to build such remarkable things. Which is complete garbage. These empires and cultures from the Americas lived in the same complex cultures and identities that Europeans held onto. While they looked, spoke, and existed differently, their mores, taboos, and livelihoods were very similar and equally important. There are also endless wonders in the Americas, some of which are just being discovered.

Anyway, get out, explore, be amazed!