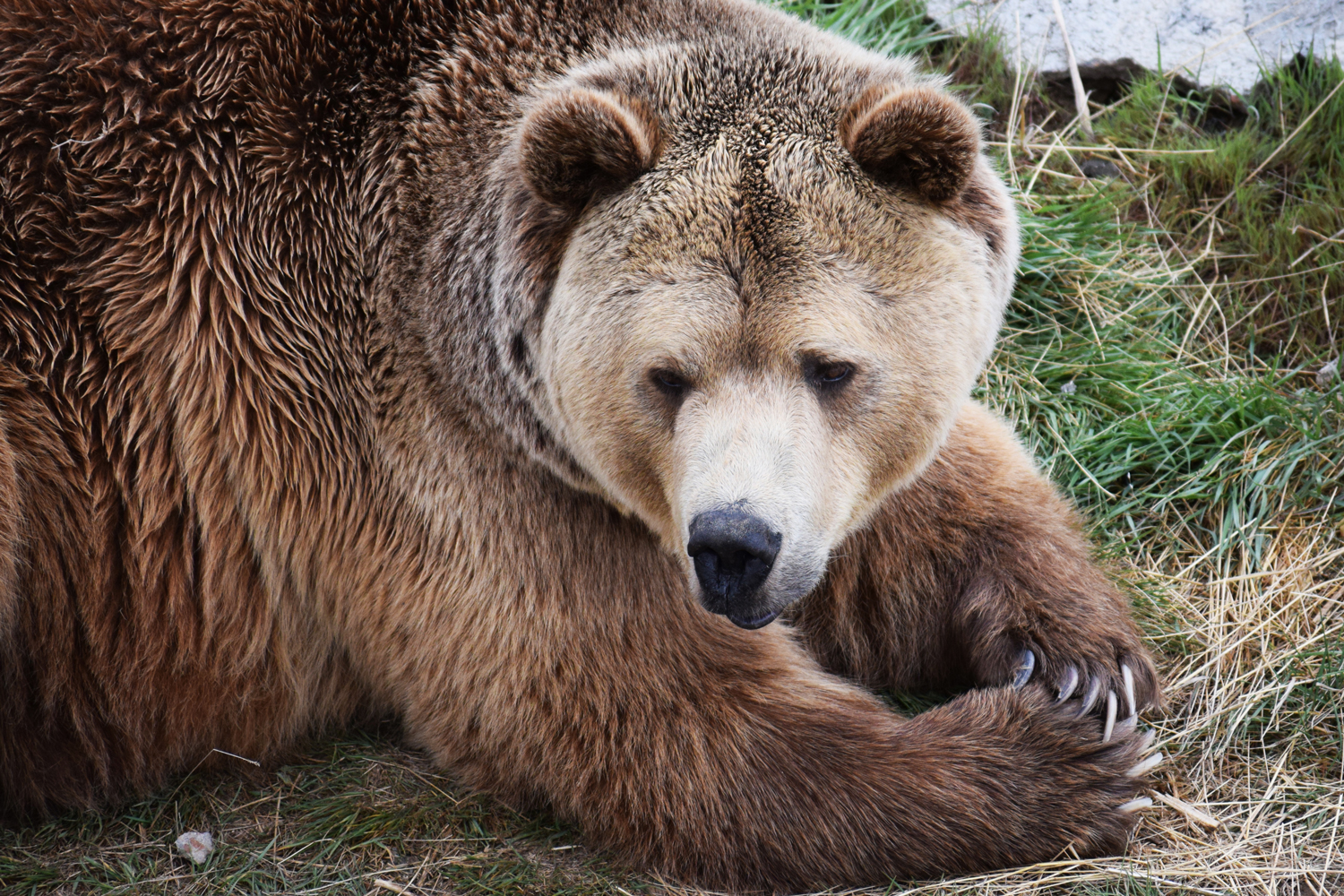 I am the type of person that goes “OOOOHHHH ELK” while driving through Colorado’s Mountains. I squee at ‘airy Coos in Scotland and I have paid to do Goat Yoga. I adore animals, and I adore seeing animals in different parts of the country and world.

My conundrum is how can one enjoy animals and love being around them when there is a chance of them being treated unethically or downright cruelly?

I’m an animal rights supporter, at least to a point. I’ve been a pescatarian or vegetarian for going on 15 years due to my qualms with industrial farming, and health reasons. I have adopted both my cats from a local rescue. I try to reduce my plastic consumption, I recycle, I buy fish that comes from certified “ocean friendly”.

You get my point, I try to live consciously and make positive decisions on how I spend my money. Yet, when it comes to travel, things get a little murky on decisions and who to turn to.

While many companies have stopped offering a tourist attractions because of animal welfare concerns (such as Tripadvisor and Viator), there are just as many independent companies still offering experience. Even while Viator has stopped sharing elephant rides, they still have dolphin and whale experiences and shows dotting the globe. This is even with documentaries that shined light on the horrors of such attractions, such as the Cove and Blackfish.

While companies are changing to meet new consumer demands, there is still a huge grey area between “okay” and “not”. No doubt, the rising popularity of platforms like Instagram, TikTok, Snap Chat and Facebook mean that people are seeking out experiences to share online and increase their popularity. Then there are instances where tourism boards still condone activities, even though other parts of the world have criticized the practice.

This is perhaps most profound in Thailand and other parts of Southern Asia, where animal encounters are big money. Thailand adores its elephant population, and elephants have been a huge part of Thai culture, and now tourism, for centuries. However, while much of the western world has discredited elephant rides and performances, Thailand’s tourism still has booms in elephant rides throughout the country. While many websites tout “ethical” practices, many argue that there is no way to “ethically” train an elephant due to the practices of breaking them.

While there is evidence of more humane training and care for elephants, the reality is there is no true way to know what you are signing up for when you want to ride or even visit an elephant. The tough question is: is there any other way to see elephant in an ethical way? Since many elephants in “retirement” were once abused, there is reason to visit and support them in their golden years. Yet, ultimately, does this continue to perpetuate itself and who gets to call the rating on ethical or not? Even some “no riding” camps have been known to change faces in the afternoon for a new tour group, depending on the location. Then there are allegations of beating, drugging, and removal of infants from mothers.

On top of all these damning evidence, there is still a desire to see and interact with these animals. So what is one to do?

Returning to the United States and the Western World, there is a constant hovering question mark. It hits home for me too.

I grew up riding horses, having horses pull carriages, and using farm animals for a variety of needs. I know for a fact that most horses, a domesticated beast, need to have jobs or they find trouble. They need somewhere to move, or to be ridden, or to be put to work. They’re smart, they have been bred to be smart, they need stimulation. Donkeys and mules fall into similar categories. None of them deserve to be beaten, or over worked or starved, and the majority of caregivers treat their animals like family.

Most horses I have seen working in Fort Collins, or Denver, or other areas are in the “fat and happy” category. They have, from my knowledge of horses, healthy coats, proper shoes for cement, and owners that care for them immensely. That is not to say I have not witnessed, even in my own family, insane cruelty and starvation of animals that was completely unnecessary.

As said in the documentary, the Cove, a dolphin’s permanent smile is the biggest deception in nature. While the animals may seem happy, there is plenty of evidence that animals, such as dolphins, who were captured in the wild and brought to captivity, are extremely miserable with their conditions. Like most water larger water mammals, dolphins and whales love to swim, rely on complex family dynamics, and usually migrate vast distances in a year. All things that cannot be accomplished in a small tank.

Dog sledding is another complex issue. Something I wasn’t aware of until after I went dog sledding last January. However, while the company I went with checked all the boxes on clean facilities, fat and happy dogs, and running animals in shifts to keep them healthy, that can’t be said for every company.

The company we went with, Good Times Adventures, allowed the dogs to be dogs, sometimes obnoxious, and often not following all the rules. They run a dog rescue when the animals need to retire, and they often adopt huskies and husky mixes to run the sleds. Their values are evident in how they manage their business, and evident in how happy the animals were. I was very selective in who we went with too, spending days to research the best choice.

That being said, the research of filmmaker Fern Levitt showed a dark side in the documentary “Sled Dogs” that was directly connected to the Iditarod and tourism industry in Alaska. This includes keeping dogs chained in adulthood, harshly training puppies, and sometimes killing the animals when they are no longer needed.

Again, the evidence is damning, what do you do?

I ask myself about other things I have done. I went to Grand Cayman on a cruise in 2015, and visited the Cayman Turtle Centre . I did this based on high ratings, and an understanding that the organization behind the park released many of their animals into the wild to rebuild the sea turtle populations by the Cayman Islands. Even at the center it was obvious that some of these animals were being farmed for meat, diverting wild hunting to captive breeding.

When reflecting on the center, there were definite issues on overcrowded tanks, and a lack of stimulation or environment in each holding tank. While it’s phenomenal that the centre has helped to increase the population of Green Sea Turtles, their other practices raise eyebrows.

When at the center I was so overly excited to see the turtles that part of the problems took the back burner. I touted my photos with the babies. I loved that i got such a unique experience, but ultimately, the center is not an ideal situation for animals, or human interaction.

Once again we have a migratory species that is being held in small tanks and not given the type of life they would have in the wild. Whether for tourism or entertainment or meat or to rehabilitate wildlife populations, the situation was far from ideal for animal happiness and welfare.

I won’t ever return to the center and I would encourage others to avoid it as well. Keep in mind that most centers that raise animals for release would not be this open to the public, and that in fact this “center” is really to raise the animals for meat, and more appropriately, a “farm” (the center was known as the sea turtle farm until 2015).

So here I am in 2019, a few years wiser, more weary of what is marketed to me, more concerned about my impact on the world. How do I go and see animals without causing them harm?

I think the biggest thing to consider is to draw lines and do your research. Most importantly, I have learned that if animals are held in a situation where they can’t act normal, then they are probably suffering. If turtles, dolphins, and whales can’t migrate, they truly can’t be happy. If dogs aren’t fed enough and cared for, it’s wrong. If elephants have to be tortured to be friendly, or lions drugged for a selfie, I don’t want to support the industry.

Since 2017 I have attempted to make better choices all around. In Mexico we avoided dolphin swims, regardless of the endless advertising and friends insisting it was a “must see”. We didn’t pay to say hello to monkeys or parrots from beach or street vendors. We did pay to do wild snorkeling in the ocean to try and see sea turtles, which we didn’t, but we did see coral and many beautiful, vibrant fish.

In 2018 I took my Girl Scout Troop to a Wild Animal Sanctuary here in Colorado to see the importance of keeping animals wild and what happens all too often when we don’t. A lesson that I need reinforced and that my Girl Scout troop REALLY took to heart to understand.

In 2019 I am not going to see Sea World and continue to support whales in captivity (I know they have stopped breeding, but the animals still deserve better homes). Instead I will be going to a natural area to see manatees in their native habitat, also snorkeling.

While I have made mistakes, and I will continue to, I have most certainly learned from them. My open discussions, I hope, will inspire others to also look into their cruise stop choices, ask questions, and inquire on if a choice is ethical. The truth is that it’s not just animals that we should consider, millions of people are also exploited around the world for tourism, for fashion, for food, for everything. All we can do is shed light on the issues, and work hard to make better choices.

Overall, we have to consider where much animal mistreatment comes from. A part of it is greed, but a lot of it is also poverty and desperation. When a family is struggling to feed their children, offering photos with a drugged lion seems like a good option. The struggling poor doesn’t have the luxury of ethical discrimination, they are simply trying to survive. However, that being said, when demand falls for something, it often eradicates the problem.

If you need more help deciphering, I highly recommend this video from G Adventures. Here are some of my tips for playing in the wild.